A special place to visit!

Here you will find a peaceful, unspoilt landscape with a rich history and vibrant natural beauty, and at almost 2,000 sq. km it is the second largest of the 46 AONBs (in England, Wales and Northern Ireland). It is surely one of the most peaceful and unspoilt places in England.

In recognition of its world class Earth heritage and efforts to make the most of this for tourism and education, it is also designated as a UNESCO Global Geopark. The impressive landscape of the North Pennines – from High Force on the River Tees to the sweeping valley of High Cup Gill above Dufton – are the product of millions of years of geological processes.

Rocks are the building blocks of the wonderful North Pennine landscape. The area’s fells and dales, and the rocks, minerals and fossils of which they are made, tell a fascinating story – one which stretches back hundreds of millions of years. The geological story of the North Pennines tells a story of deep oceans and violent volcanoes, colliding continents and molten rock, tropical seas and lush rainforests, hot water and minerals, desert dunes and vast ice sheets.

Over the past 500 million years the North Pennines has travelled over the surface of the globe and been shaped by many environments and processes. Volcanoes, tropical seas, rainforests, molten rock, deserts and ice sheets have all helped create today’s landscape. By exploring the fells and dales, you’ll discover the North Pennines’ remarkable journey through time, and a rich industrial heritage linked to the area’s rocks and minerals.

Jewel of the North

The area is famous for its distinctive landscape of high moorland, peat bog, and broad, dramatic, dales – including the upland stretches of the Tees, Wear and Tyne rivers. It shares a boundary with the Yorkshire Dales National Park in the south and extends as far as the Tyne Valley, just south of Hadrian’s Wall, in the north. Parts of the area are in the counties of Durham, Cumbria and Northumberland.

About 12,000 people live in the North Pennines today – less than half the number who lived here 150 years ago in the heyday of the lead mining industry. The rise and fall of mining has left an indelible imprint on the landscape, not just in terms of the physical remains but also in the pattern of local settlement. The social history of the miner-farmers is also an intriguing element that contributes to the story of the North Pennines.

The North Pennines is a hotspot for nature – famous for the variety and profusion of plants and animals which find a home here. Eighty percent of the area benefits from nature-friendly, traditional farming practices, which means that the AONB is a haven for wildlife.

The North Pennines is officially the darkest mainland Area of Outstanding Natural Beauty (AONB). Here we have some of England’s darkest night skies. The area’s inky black skies mean that jaw-dropping stargazing opportunities are aplenty, on a clear night – with the opportunity to see thousands of stars overhead compared to the handful you would see from towns and cities. See our home galaxy, the Milky Way, in all its shimmering glory, along with distant galaxies and sparkling star clusters. You will find lots of officially designated Dark Sky Discovery Sites too – so come over to the ‘dark side’ and enjoy our stunning skies.

Alston and the Cumbrian North Pennines

The countryside around Alston, England’s highest market town, provides some of the area’s finest walking country – including the lofty Cross Fell – the highest English hill outside the Lake District. The striking North Pennines escarpment is a dramatic backdrop to the attractive, red sandstone-built, fell foot villages.

Kirkby Stephen in the south of the area is a traditional, bustling market town full of historic buildings and cobbled yards – a good launch pad for climbing Nine Standards Rigg.

In the North Pennines you’ll find: 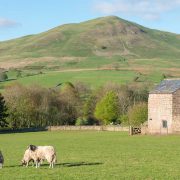 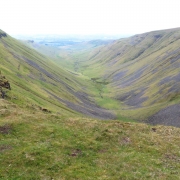 Grand Canyon of the North 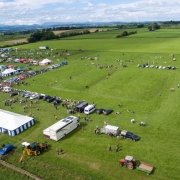 Book now at Shepherds View for these great local events!

Lovely November walk up above Dufton on the route to High Cup and then back along the wall to the Pike. Fantastic views over the Eden.
#autumnwalks #visiteden #visitcumbria #NorthPenninesAONB ... See MoreSee Less

Dufton Barn Holidays is in Dufton.

Amazing landscape even in autumn with the shapes of the trees standing out even more. #EdenValley #visitcumbria #autumnlandscape #cumbrialife ... See MoreSee Less

Dufton Barn Holidays is at Grizedale Forest, The Lake District.

This site uses cookies. By continuing to browse the site, you are agreeing to our use of cookies.

We may request cookies to be set on your device. We use cookies to let us know when you visit our websites, how you interact with us, to enrich your user experience, and to customize your relationship with our website.

Click on the different category headings to find out more. You can also change some of your preferences. Note that blocking some types of cookies may impact your experience on our websites and the services we are able to offer.

These cookies are strictly necessary to provide you with services available through our website and to use some of its features.

Because these cookies are strictly necessary to deliver the website, refuseing them will have impact how our site functions. You always can block or delete cookies by changing your browser settings and force blocking all cookies on this website. But this will always prompt you to accept/refuse cookies when revisiting our site.

We fully respect if you want to refuse cookies but to avoid asking you again and again kindly allow us to store a cookie for that. You are free to opt out any time or opt in for other cookies to get a better experience. If you refuse cookies we will remove all set cookies in our domain.

We provide you with a list of stored cookies on your computer in our domain so you can check what we stored. Due to security reasons we are not able to show or modify cookies from other domains. You can check these in your browser security settings.

These cookies collect information that is used either in aggregate form to help us understand how our website is being used or how effective our marketing campaigns are, or to help us customize our website and application for you in order to enhance your experience.

If you do not want that we track your visit to our site you can disable tracking in your browser here:

We also use different external services like Google Webfonts, Google Maps, and external Video providers. Since these providers may collect personal data like your IP address we allow you to block them here. Please be aware that this might heavily reduce the functionality and appearance of our site. Changes will take effect once you reload the page.

The following cookies are also needed - You can choose if you want to allow them: